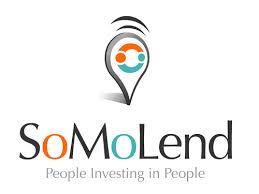 SoMoLend, a crowdfunding platform that connects small business seeking financing to potential investors and banks, is in hot water with Ohio’s Division of Securities.Â The state is investing SoMoLend Holdings LLC and is threatening to shut down the Cincinnati-based company for making false claims and fraudulent financial projections.

The once highly regarded site was launched in 2011 by Candace Klein as a peer-to-peer lending business model. Klein recently resigned from the positions of CEO and Board member in the wake of the state’s allegations. Klein has been an avid and vocal supporter of equity-based crowdfunding-related portions of the Jumpstart Our Business Startups (JOBS) Act.

The state says that through June, SoMoLend had generated $3,404 in revenue since its launch in 2011 and that Klein gave inflated revenue figures in presentations to potential investors, and in interviews.

The notice also says SoMoLend — which stands for Social Mobile Local Lending — did not obtain the necessary state and federal licenses to run its peer-to-peer lending business, which allows small businesses to borrow money in exchange for making principal payments plus interest.

Investors lend money to borrowers through SoMoLend, which packages the loans and sells them as notes. SoMoLend receives a fee or commission for facilitating the loans.

Klein said that SoMoLend is in discussions with the state, and stressed that that state will not issue a final order until after a hearing scheduled in October.

To read more go to Cincinnati.com.

The Art of the Cold Call: How Mastering It Can Lead to Gigs