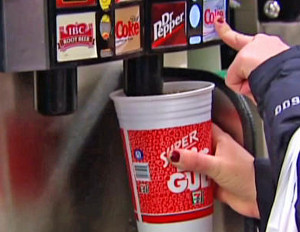 When NYC proposed a ban on sugary drinks and large sodas, many small businesses were forced to make drastic changes in order to compile with the regulation. Some of these changes involved retrofitting machines, purchasing new containers and putting up signage informing customers of the change in law.

But a judge’s ruling yesterday overturning the soda ban has left many business owners in a holding pattern regarding if they should switch over to new soda ban friendly practices or continue business as usual.

One example of a business affected is Brother Jimmy’s BBQ, a popular restaurant chain. The owner purchased nearly 1,000 pint-sized glasses that were 16 ounces, replacing their old 20 ounce glasses. But once word of the reversal of the soda ban reached the restaurant, they decided to hold off on using the new glasses.

“It’s been a bit of a whirlwind,â€ Lebowitz told The Huffington Post. “We spent the time and money preparing for these changes and now it’s on hold, I guess.â€

Other businesses held off on changes until after the ban officially took effect, using a three-month grace period the city provided before issuing fines.