Hereâ€™s How Social Media Can Destroy Your Relationship 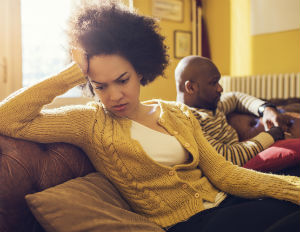 If you have a new love interest, don’t be so fast to “friendâ€ them on social media if you want love to last.

A new survey reveals that friending a new relationship partner or interest immediately after first meeting correlates with the relationship being short lived. The study also discovered other interesting trends with social media and relationships.

Dating site, WhatsYourPrice.com surveyed more than 14,000 members to determine social media’s impact on their love lives. According to the report, “A majority of respondents (42%) who said they connected immediately with their significant other following the first date had relationships that did not last past 30 days. If lasting love is the goal, it seems best to wait a month or more before becoming ‘Facebook official.’â€

“Developing a new love into a healthy and long term commitment means focusing on the relationship,â€ says Brandon Wade, CEO and founder of WhatsYourPrice.com. “Connecting with a new partner on social media can result in information overload. Allowing too much access to someone’s past can create unnecessary anxieties and break an already fragile trust between new partners. Couples should think twice before opening Pandora’s box and dooming their relationship from the start by connecting immediately on social media.â€

WhatsYourPrice.com is a unique and controversial dating website. Launched in April 2010, the site claims to have one million members worldwide. It is the only dating website where money can buy you love, or at least a first date. The website provides a platform where members bid on a first date with another member.

When the site launched many deemed it nothing more than digitized prostitution. “How could anything substantial and lasting come from a first date that someone is only willing to go on if they are paid to do it?â€ asked Elisa Doucette, Forbes contributor.