Snoop Lion Will Star and Perform on 'One Life To Live' 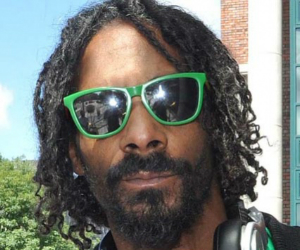 The rapper/reggae artist/actor known as Snoop Lion is lending his skills to the revival of the soap opera, ‘One Life to Live.’

He will produce and perform the theme song for Prospect Park’s revival of the late ABC soap.

“We’re thrilled to have the support of such an iconic artist, like Snoop Lion. To have him write and produce the theme song for this series and to have the amazingly talented Iza Lach on board, is just incredible. We are extremely grateful and excited for fans to hear the new theme song and of course catch Snoop Lion in upcoming episodes,â€ Jeff Kwatinetz, chairman and CEO of Prospect Park, said in a statement.

Snoop will be performing the song, “Brand New Start,” on the show which will also feature a recurring role by Jersey Shore’s Jenni ‘JWoww’ Farley.

“One Life To Liveâ€ will premiere with new episodes on Hulu, Hulu Plus and iTunes on Mon., April 29th.

Career Development Like Dating? 4 Rules to Apply to the Grind

So You Filed Your Taxes. Now What?