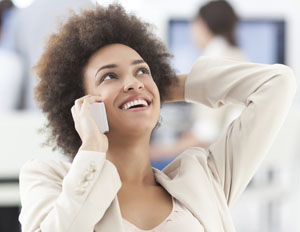 Snapchat is now officially a part of the news business industry, after launching their new service ‘Discover.’ According to Snapchat, Discover is “not social media,â€ but it’s a way for world-class leaders in media to share their ideas and news, based on what they believe is important.

Snapchat is an extremely popular photo-messaging app, used mostly by millennials, which was developed and launched in 2012 by three Stanford University students, Evan Spiegel, Bobby Murphy, and Reggie Brown. It’s currently valued at anywhere from $10 billion to $20 billion.

[RELATED: Watch ‘Discover’ in Action Below]

In May 2014, Snapchat reported that ‘Snapchat Stories’ content was being viewed up to 500 million times per day, and users of the apps were sending up to 700 million photos and videos each day as well. The idea behind Snapchat is genius.

Users take a picture, then set a time limit on how long they want the recipient to view the photo from a timer of 1 to 10 seconds. Upon opening of the ‘snap’, their picture will disappear after the timer ends. Snapchatters can also get creative by adding text, emoticons, and drawings. Now with the announcement of Discover, which is already live on Androids, trending sections of social networks will be available to all of the app’s users, but will vanish each day, staying true to classic Snapchat style. What’s news today is history tomorrow. Check out the video below on Discover.

4 Winning Branding Strategies From ‘The Wedding Ringer’ Producer Will Packer