Working From Home Is Eco-Friendly 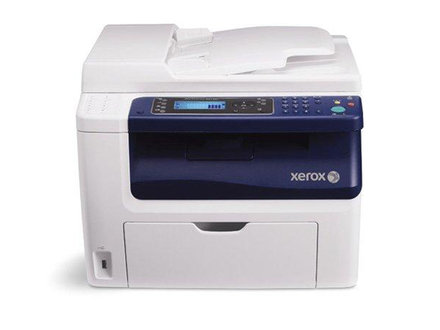 Remote working is becoming more popular as companies strive to save money and become more eco-friendly. It turns out those two objectives don’t have to be at odds with one another. In an AT&T technology poll, 43% of small businesses reported that all their employees use wireless devices or wireless technologies to work away from the office. If you’re one of them, you’re probably wondering how more time at home will affect your utility bill. Try these energy efficient devices to help you save money, time, and the planet.

The Xerox WorkCentre 6015 multifunction printer is a great space-saver for a small office that needs to combine print, fax, and copy capabilities. Its Hi-Q LED print engine is quiet and energy-efficient. This Wi-Fi-enabled printer also comes with Xerox’s mobile print app, PrintBack, which lets users access their Mac- or PC-connected printer through an Apple iOS or Google Android-enabled device.

When replacing a 75-watt incandescent light bulb with the mercury-free Philips Ambient- LED light bulb, commuters working remotely can save up to $156.75 in energy costs over the life of the bulb, which lasts at least 22.8 years.

Samsung LED-backlit monitors produce a clearer and more vivid picture due to much higher contrast ratios with LED lights. Unlike CCFLs (cold cathode fluorescent lamps), LED-lit monitors are free of mercury, halogen, and lead, making them safe to recycle. But until then, you save money because they use 30% to 50% less power than conventional monitors.

The Netgear Media Storage Router (WNDR4700) consumes up to 30% less power with the wireless function turned off. The router comes equipped with both a Wi-Fi and power on/off button, allowing users to power down the Wi-Fi functionality but continue to use its 2TB SATA hard drive for media storage and to back up Macs, PCs, and tablets. It can also run applications downloaded from the NETGEAR Smart Network App Store. Available at retail stores this summer.