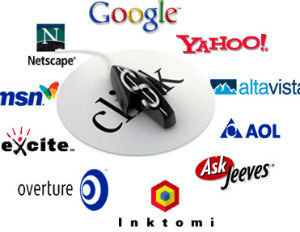 When Google’s Adwords program originally launched in 2000, it was seen as leveling the online advertising playing field. Small businesses could compete with much bigger players at a fraction of the cost of traditional advertising. First time users found the system relatively easy to use and the results phenomenal.

Small business owner Tom Telford used Adwords to advertise his cabin rental business in Helen, Ga. by purchasing the keywords “Helen GA Cabin rentals,â€ and agreeing to pay Google 60 cents every time someone searched and clicked on his ad. Encouraged by the results, he invested more in his pay-per-click (PPC) advertising efforts, which soon included Bing and Yahoo.

By 2010, Mr. Teldford was spending $140,000 a year on PPC advertising. As the programs became Â increasingly popular & competitive, so did the cost.

“The cost per keyword climbed dramatically over the years and it’s still going,” said Teldford.

While Telford agreed to pay more for keywords, he did not see an increase in sales.

“For a while I was spending more than I was getting,” said Telford.

Many business owners express the same sentiment. Rather than invest money in Adwords, small businesses are increasingly investing in creating blogs & social media pages around their product.

By creating blogs & using social media, small businesses can attract unpaid organic traffic to their sites at a cost nowhere near as prohibitive as PPC advertising. Services such as HubSpot help business owners set up & optimize a blog to search engines, as well as set up pages on Linkedin, Facebook & Twitter, all at a fraction of the cost Google charges.

By 2012, six months after he began blogging five times a week, Mr. Telford’s traffic was up 91 percent over his previous year with Adwords. And the number of conversions, or visitors who took an action on the site also increased.

“I still love Google because they got me there,â€ he said. “But that ride can’t last forever.â€

Other owners have also come to this revelation and begun shifting their online advertising strategy towards social media as well.

Harlem is Getting a Whole Foods