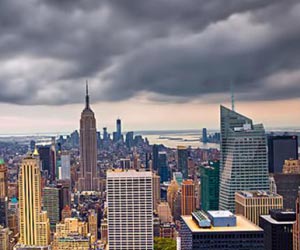 U.S. small businesses are particularly at risk from extreme weather and climate change and must take steps to adapt, according to a new report from the Small Business Majority (SBM) and the American Sustainable Business Council (ASBC).

TitledÂ “Climate Change Preparedness and the Small Business Sector,” the report concludes: “Because small businesses are distinctly critical to the U.S. economy, and at the same time uniquely vulnerable to damage from extreme weather events, collective actions by the small business community could have an enormous impact on insulating the U.S. economy from climate risk.”

According to the the National Oceanic and Atmospheric AdministrationÂ (NOAA), 2011 and 2012 were the two most extreme years on record for destructive weather events, which caused a total of more thanÂ $170 billionÂ in damages, much of that to businesses.

Key findings in the report include the following:

Lea Reynolds, senior policy analyst and report author,Â M.J. BradleyÂ and Associates, said:Â Â “The U.S. business community is increasingly analyzing the risks, opportunities, and financial implications of climate change and integrating them into long term business plans. In recent years, the financial repercussions of weather variability and extremes have significantly impacted the U.S. economy by affecting both supply and demand for the products and services of almost every industry. For small businesses, the imperative for action is particularly acute.”