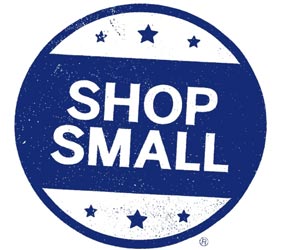 Small Business Saturday, when consumers are encouraged to support their local small businesses gets bigger every year, and this year was no exception.

Small businesses usually can’t compete with larger chains for a piece of the big “doorbusterâ€ sales offered on Black Friday, so for many independent retailers Small Business Saturday is the most important shopping day of the season, accounting for as much as 36 percent of their yearly sales.

Ross Steinman, psychology professor at Widener University, says the popularity of Small Business Saturday is a revolt against big-box stores. Consumers are willing to pay extra if they feel their money is going to go to their communities.

“There’s so much negative attention in recent years on Black Friday and the rampant consumerism that’s associated with it,â€ said Steinman. “Small Business Saturday is a response to that.â€

Kim Mitchell, owner of Boing! JP’s Toy Shop, said last year, she did about three times more business on Small Business Saturday than on Black Friday. And this Black Friday was busier than last year’s, she said.

“I’ll probably sell two dollhouses from January to December, and then I’ll sell five in December because that’s when people are willing to spend more.â€

One customer, who lives in the neighborhood, specifically came in to support Mitchell’s store, because of the Small Business Saturday promotion.

“It’s important to support your local businesses and I try to do it as much as possible, though sometimes the bigger stores are cheaper,â€ said Adreienne Korman, a retired MetLife employee who lives in the neighborhood.

Stores hit by Hurricane Sandy also enjoyed the boost from shoppers in their stores on Saturday, even as recovery continues.

“A huge bump. A lot of Staten Islanders came in to the store today,â€ said Dave Carlin, Casale Jewelers co-owner.

Schifter said Saturday was his single best day since the storm hit.

Clark’s House of Flowers on Staten Island said orders were pouring in all day. The flower shop had been hit particularly hard by Hurricane Sandy, which left their 11 phone lines out of commission for two weeks after the storm passed. On Saturday however, the lines were ringing off the hook.

Even President Barack Obama showed his support for small business with an early Christmas shopping trip on Saturday. The president took his daughters Sasha and Malia to “One More Page Booksâ€ in Arlington, Virginia. The White House says Obama bought 15 children’s books that will be given as Christmas gifts to family members.

Why You Aren’t Having Job-Seeking Success

Beautiful People: The Better You Look, The More You Earn