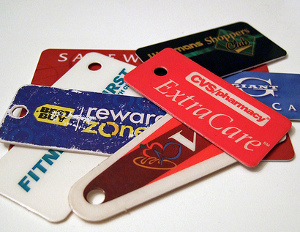 Use of customer loyalty programs by small businesses (for delivering special offers and rewards for frequent customers) remains steady, according to the latest findings from the Local Commerce Monitor.

Among those surveyed, 38 percent said they currently offer a customer loyalty program, with an additional 21 percent stating they will likely add such a program in the next 12 months. There was effectively no statistical change in this finding compared with the 2012 survey.

Small businesses who responded to the survey estimate 17.7 percent of their total business in the next 12 months will be generated by customer acquisition promotions such as discount deals, daily deals, coupons or similar offers. These promotions may or may not be aligned with a loyalty program.

“The data indicates solid interest and intentions in loyalty programs, which are becoming an increasingly important tool for customer retention,” saidÂ Steve Marshall, director of research, BIA/Kelsey. “Going forward, we believe the proportion of business generated from both loyalty programs and promotions will rise significantly, as SMBs increasingly tailor their offerings to frequent customers and specific customer segments.”

Among those small businesses offering customer loyalty programs, more than half (54 percent) stated they operate their own in-house programs, primarily using a paper-based tracking method, like a punch card.

Marshall suggested, “There’s a large opportunity for third-party service providers and credit card companies to replace the homegrown loyalty platforms with sophisticated electronic platforms that link into a CRM system and/or a payments platform.”

The latest developments in SMB loyalty programs and customer acquisition promotions will be discussed at BIA/Kelsey’s upcomingÂ LEADING IN LOCAL: SMB Digital Marketing conference, which takes placeÂ Sept. 11-13, inÂ Austin. The program includes a keynote by LevelUp CEOÂ Seth Priebatsch, who will talk about his vision for SMBs using transaction marketing to win more customers and generate more revenue from each customer relationship.

In addition, a session titled, “Transaction Marketing vs. Advertising” will examine the next generation of SMB “transaction marketing” services, including deals, coupons, loyalty services and CRM/analytics.

How to Create a Successful Podcast