Small Business Associations React to the State of The Union Address 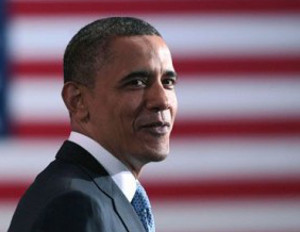 The National Small Business Association (NSBA) was especially pleased to hear President Barack Obama talk about the need for tax reform – a key priority for small business, and something owners stressed during the fiscal cliff crisis.

Most importantly, small business groups were encouraged by the president’s call for lawmakers to work together and set aside party interest to pass a budget.

“The number one issue facing America’s small businesses is economic insecurity, making the deficit the number one thing they want policymakers to address,” stated Todd McCracken, NSBA president and CEO. “While much of his agenda tonight emphasized economic growth, he missed an opportunity to lay out a clear path forward to fiscal sustainability.”

Obama even spoke on the blunt spending cuts known as sequestration, which could be devastating to small federal contractors. The NSBA is one small business advocacy group that believes sequestration is the wrong answer to the budget gap. They feel that the budget cuts will result in small business contracts being eliminated, and shrinking the economy.

Other issues the NSBA was pleased to hear support for was expanding U.S. exporting, the call for comprehensive immigration reform and the need to attract highly-skilled entrepreneurs and engineers, all of which the NSBA supports.

“There is no doubt that small business is key to a sustainable economic recovery,” said NSBA ChairÂ David Ickert, of Air Tractor, Inc. inÂ Olney, Texas. “We applaud the President’s focus on key issues of importance to small business and urge him and all of Congress to pursue policies that truly encourage free enterprise.”