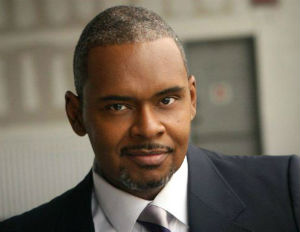 Ron Simons, founder and CEO of SimonSays Entertainment, is a force to be reckoned with in the world of film and theater. His critically-acclaimed roster of produced films includeÂ Night Catches Us; starring Kerry Washington and Anthony Mackie,Â Gun Hill Road, Blue Caprice, and Mother of George; all of which premiered at The Sundance Festival. He’s produced numerous successful Broadway productions, such as the Tony-award winning revival of Porgy and Bess, A Streetcar Named Desire, andÂ Vanya and Sonia and Masha and Spike; which won the Tony award for Best New Play.

In addition to producing, Simons is also an actor, having performed in theatrical works, film, and television. The multi-talented creative and businessman started his career as a software engineer at companies likeÂ Hewlett-Packard, IBM, and Microsoft, and holds anÂ M.B.A. from Columbia Business School and an M.F.A. in acting from theÂ University of Washington’s Professional Actor Training Program.

[Related: Awakening the Genius Inside of You]

BlackEnterprise.com caught up with Ron Simons to discuss SimonSays Entertainment and producing, his corporate background, and his education.

BlackEnterprise.com: SimonSays Entertainment values artistic integrity, as well as commercial viability. Can you talk a little about that?

Simons: My first project,Â Night Catches Us, was a film about two former Black Panthers who reunite in 1970s Philadelphia. It was a period piece. I’m very proud of that film. It was a labor of love for everyone. But there are some things that I might have been able to do differently, had I been more savvy and in the industry longer, that could have made that film commercially viable. All of my projects have, so far, creative integrity, but they haven’t all been commercially viable. I’ve learned a lot of lessons between my first film and my more recent film.

What motivated you to get an M.B.A in addition to an M.F.A in Acting?

Before I got my M.B.A., I was in corporate America as a software engineer. I developed knowledge-based systems, or artificial intelligence systems, for fortune 500 companies. I was encouraged by my current employer to get a Ph.D. in computer science, which they would pay for, and then come back to work for the company because it was a small AI company and most of the staff there had Ph.D.’s from Stanford. So I reached a crossroad where I had to decide if I wanted to go deeper into the technology side or more into the business side. I decided that business would be more in tune with my goals of leadership, so I ended up going to Columbia Business School. When I graduated from Columbia I started working at Microsoft and was there for a number of years. Then I reached a crossroads in my career when I was offered a promotion with the company. This little voice in my head had been quietly murmuring–I refer to it as the dream deferred–about acting. So, I thought that was a good time to get my head out of the sand and decide that leadership and entrepreneurship was going to be my goal or whether I wanted to move into the arts.

How has your corporate experience impacted your role as a producer?

SimonSays Entertainment, as a producing entity, is the nexis where all the paths of my life meet; where I can leverage my storytelling skills as an actor, my business skills as a business man, everything I’ve ever learned in corporate America and my analytical studies in computer science. In my job as a producer, I have to touch upon so many different areas. I’m a creative producer, so for me it’s all about story. My acting has helped me tremendously in that regard. Alot of producers don’t know story because not all producers come from the arts, in terms of writing or acting or directing. So they have the technical side perhaps, but maybe don’t have the artistic side. Also, there’s times when it’s important for me to understand the technology. When I deliver a film, it has to be in various formats and these formats are fairly technical. Producing uses all that I’ve ever learned, ever done in my life.

There has been a decline in movie-going, along with what some are calling ‘the golden age’ of television. Has the audience shift from film to television influenced your business?

From a percentage standpoint, the answer is yes. I’m not abandoning film. I’m developing content for film, as well as television, as well as the web.Â I’m a content provider. My goal is to create content for the variety of platforms that are emerging. I have developed content for film. I’m now developing content for television [and] for the web. I’m developing educational content that is going to be delivered through CDs. I’m expanding and highly diversifying my content. One of the things you learn in business school is that if you diversify you lower your risk.

This article was written by Rebecca Nichloson.