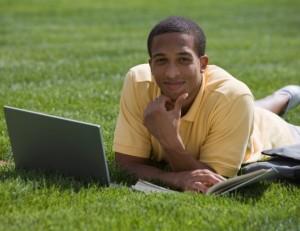 Johnny Taylor, president of the Thurgood Marshall College Fund which provides funding to public historically black colleges, has created a program that links HBCUs to the for-profit University of Phoenix. Although response on the part of HBCU administrators has been tepid, some are taking the bait. Is this a good idea?

Here’s the view from BuzzFeed:

The height of the for-profit college boom, which began in 2004, came with a boom in black enrollment. According to the websiteÂ Colorlines, the number of black students signing up at for-profits jumped 218% from 2004 to 2009, compared to just 46% for all students. By 2009, the for-profit University of Phoenix, a pioneer of online education, was the country’s largest educator of black bachelor’s degree students; the second largest was Ashford University, a for-profit that offers its classes exclusively online.

This rise affected another major educator of black students: historically black colleges and universities. The five largest for-profit colleges, which operate almost entirely online, enrolled some 275,000 black students in 2013, out of a total of 877,000 enrollees. In the same year, the country’s 106 HBCUs enrolled 311,000 students.

Now, amidst a push by one of the largest benefactors of historically black colleges, the country’s HBCUs are beginning to figure out how they fit into an online space once dominated by for-profit colleges. They are struggling, too, with the question of what an online education at a black college looks like.

“Generally speaking, HBCUs, especially public HBCUs, are behind the curve on this one,â€ said Johnny Taylor, president of the Thurgood Marshall College Fund, which supports most of the country’s public HBCUs.

Entrepreneur Talks Finding Success by Creating Her Own Dream Job 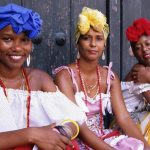 How to Have the Ultimate Cuban Travel Experience