She's Back! Robin Roberts Returns to GMA on February 20 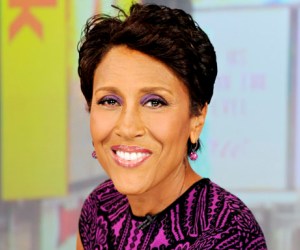 “Good Morning America” co-host George Stephanopoulos announced that his popular co-host, Robin Roberts, will be making a return on February 20th. He made the announcement on this morning’s broadcast on ABC.

She is scheduled to do abbreviated schedules until she is cleared to work full time again. She has been doing dry runs at the studio to make sure she is capable of handling the stresses of being on back on set.

Roberts has taken a leave of absence for treatment of a rare blood disorder called myelodysplastic syndrome.

A Look at Eight [Un]Known Facts About Black Films

Congressional Budget Office: Economy to Pick up Steam in 2014