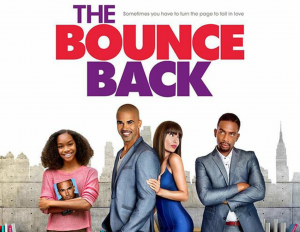 A few years ago, actor Shemar Moore had a crazy idea: produce and star in a romantic comedy movie, without the backing of a major Hollywood production or distribution company. Rather than turning to the Hollywood machine, the 46-year-old sexy, heartthrob decided to use his celebrity, personal relationships, and online crowdfunding to make the film on his own.

In June 2013, Moore launched a Kickstarter campaign, which aimed to raise $1.5 million for the film. However, because he only raised $250,0000, Moore was forced to cancel the campaign. This is because Kickstarter requires that you reach your set goal, or else you loose everything. Despite the setback, it didn’t stop Moore from trying again.

On his second attempt to raise funds, Moore set up a campaign on Indiegogo. This time, he asked fans to donate $500,000 toward the project. Fortunately, he surpassed his expectations, raising over $630,000 in a little over a month.

Fast forward to three years later, and now his film, The Bounce Back, is scheduled to be released in theaters around the country this week, on Friday, December 9, 2016.

BLACK ENTERPRISE caught up with the Daytime Emmy award-winning actor last week during a screening of the new film in New York City. Moore opened about his decision to produce and star in an independent film. BE also spoke with his co-stars, Bill Bellamy and Nadine Velazquez, about independent filmmaking and the lack of diversity in Hollywood.

Moore, who starred in CBS’ long-running series Criminal Minds for 11 seasons, says his motivation to produce an independent film stemmed from his desire to create and maintain control over his own product. He also proven that there is a demand for this type of content, even though major production companies may be apprehensive about making it.

The Bounce Back “sends a message to Hollywood that maybe there’s content out there that people want to see that Hollywood’s not considering,” he says.

Producing the movie under his own production company, Ankle Socks and Baseball Pants, this shows that filmmakers no longer need the Hollywood machine to bring new ideas and contentÂ to the big screen.

Despite his 20-plus year career working in film and television, Moore admits that being the executive producer a movie for the first time and asking for donations was a challenge.

“I took a big risk on myself,â€ he says. “It’s my first time being an executive producer and raising money this way.â€ Instead of taking out a bank loan to finance the film, Moore asked his fans to believe in his vision for the movie.

However, not producing the film under his own production company meant risking the loss of creative control or even his role in the film. “I would’ve had to sit in a folding chair and go audition for, assuming and hoping that this is something Hollywood is ready to put out, and that they would consider me for,” MooreÂ told I Am Rogue back in 2013. “I get to avoid those channels and just create myself, and work with people that I have good relationships with.”

Now, Moore is confident that “the success of this movie will breed more movies like this, because it’s going to show people that it can be done.”

The Bounce Back is evidence that you don’t need $20 million to make a widely distributed film.Â “You can make stories for $500,000, for $1 million, $2 million–up to $7 million,â€ says the former The Young and the Restless star. Likewise, Bellamy expectsÂ The Bounce BackÂ to “open the door for more independent films,” and encourage others to take a chance on script writing, directing, or producing. “We want to be pioneers in that way,â€ Bellamy says.

More Than a Movie

Although Moore’s best known film roles include parts in The Diary of a Mad Black WomanÂ (2005) and The BrothersÂ (2001), he says that The Bounce Back is more than just another film to add to his portfolio–it’s “a passion project. This movie is not going to win any awards, but I think this movie has already won in what it represents,” he says.

Moore adds that the movie has also given him an opportunity “to showcase myself as more than just an actor, but as a producer, [too]. I’m excited about the next chapter of my career.â€

Furthermore, The Bounce BackÂ has given Moore the opportunity to cast other actors of color–something that, Velazquez says, is not seen enough in Hollywood. When asked if she was satisfied with the level of diversity in Hollywood, the Latina actress replied, “Of course not. There definitely has to be more, and it’s going to take people of color to create that.â€

“I don’t see enough of our faces. Is it stereotypical? Sometimes–I mean, that still exists. But, I have seen a change since the beginning of my career,” Velazquez continues, who starred alongside Denzel Washington in Flight (2012).Â “The kind of roles I do want to play and the level that I want to get to is still, of course, a challenge–it’s a challenge to get there.â€

Watch the trailer for The Bounce Back below.

Home-Based Business Opportunities for People With A Passion for Travel