Month of the Man: Shavar Jeffries on Civic Leadership for Millennials 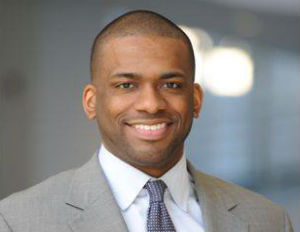 BlackEnterprise.com presentsÂ Month of the Man, where we bring you career features, insights and advice tailored for male leaders of color all over the world.

Crime, violence and drugs plague many communities across the country, but for the past 15 years Shavar Jeffries (@ShavarJeffries) has been focused on making change a priority. The Newark, N.J. native experienced first hand what violence looked like when at age of 10 he lost his mother to gun violence. He has been on a mission ever since and is a walking definition of the saying, “Be the change that you want to see.â€

After graduating from Duke University and Columbia Law School, Jeffries returned to the very city that he worked hard to escape, equipped to do just that.

I recently had the opportunity to speak with Jeffries, who is running in the Newark mayoral race against Ras Baraka, to talk leadership in our communities, pursing a career in public service and how black males can use their unique abilities to make an impact.

What steps does a young person of color need to take to begin a career in public service?

Shavar Jeffries: Any human being can serve another human being as long as they have the heart to do it. Having a passion and the heart for service is the groundwork. If you want to do things on a broad scale and impact a large number of people, you must be educated in public and community policy and get involved in your local community. Once you decide that you are committed to change, begin to read, get involved with issues that are impacting your community, and become knowledgeable in the areas that you want to make a difference in. This is where you gain your experience, and then you take it to the next level by going to college and earning a degree in the area that interests you the most.

How important is it for people to get involved with public service at a young age?

It is never too early to begin serving other people. There is no need to wait for the right time to be of service to your community. You do not need a advanced degree to be committed to making a difference. Getting involved and making a difference can be as simple as working in a soup kitchen. Activities like volunteer work are where it really starts. When we talk about public service, we are talking about a calling of higher responsibility because you are serving people. Whether your pursue teaching, becoming a police officer, a public-interest lawyer or doctor, you have to prepare yourself to be effective.

As a public servant, what are the key priorities to focus on to create effective change in communities?

It begins with providing a great education for kids, because in this global information-based economy they need to be educated at a high level to compete. Many cities are struggling to get our kids out of high school, let alone to college and beyond.

Safety is another major issue that we must address, not only in the city of Newark, but across the country there are neighborhoods that are far to dangerous. Children cannot play outside, and residents become a prisoner in their own homes. Bringing safety to our communities is paramount and is really the foundation for everything else. Without basic security it is difficult to pursue your dreams and possibilities.

Economic security is also a key focus. Growing our economy, facilitating business growth and employing people is critical. Along with this is housing and healthcare. Providing affordable housing which enables people with the ability to buy homes and investing in preventive care and access to healthcare when people need it is a critical Education, safety and economic security are the three components to a healthy community.

How do you organize communities to action?

There is a lot of research and studies about effective community organizing. It really begins with a commitment to service and a very bottom-up approach where people are committed to making a difference. There is a science to community organizing, so it’s important to marry the passion people have with science, data, research and preparation. If you want to organize a community and effect broad-base change, you must study. People have been organizing communities ever since human beings have been living on this planet. Some tactics work in terms of community organizing and some do not, but understanding what has worked in a systemic way to create effective change is critical.

You launched a campaign called #HonorThyMother. What is the campaign about and why is it important?

I lost my mother to gun violence at a young age, so this movement that we launched is about honoring the women in our lives—mothers, grandmothers, aunts, and just women in general. In today’s culture we have become increasingly disrespectful to our women. Women are everything. They are queens and deserve to be treated as such. We are asking people to use #HonorThyMother on social media, along with a picture and message describing what that woman means to you. We have gotten support from Eva Longoria and Sissy Houston and plan to make this a permanent movement.

What three pieces of advice can you give to young men of color who want to effect positive change in their communities through a career in public service?

First and foremost believe and have faith in your capacity to create change. Oftentimes in our communities, the challenges are so deep rooted that people lose faith in the ability to change things. A deep faith that you can change the things you see around you [is important].

Prepare yourself to create change. Once you have the faith, you have to move on it. Educate yourself, become involved and hit the streets.

Focus relentlessly on execution. You may be prepared, ready and have the faith that you can create change. Now, you have to execute day in and day out at a high level. Â Most organizations are redundant on funding, so the management of your team, development of your organization and allocation of funds is very important.

Vanished Without a Trace: Where are Nigeria’s “276” Missing Schoolgirls?