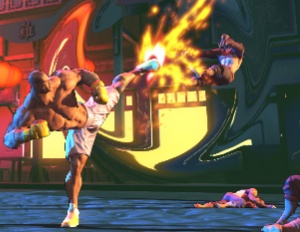 The original 'Shaq-Fu' is considered one of the worst games of all time, with sites dedicated to destroying every known copy of the game.

If Shaquille O’Neal making an action game leaves a sour taste in your mouth, you probably remember his first one, ‘Shaq-Fu.’

But the retired NBA star and self-described geek wants to make the sequel, ‘Shaq-Fu: A Legend Reborn,’ succeed where the original failed. Shaq has turned to crowdfunding platform Indiegogo, and now wants to raise $450,000 to finance the project.

The production company behind the reboot is Big Deez Productions, composed of game veterans from the Halo series, Street Fighter, Final Fantasy, Alan Wake, Spec Ops: The Line, and Battlefield, among others.

The ‘Shaq-Fu’ sequel does have a similar artistic style compared to Capcom’s 3D ‘Street Fighter IV,’ and is equally over-the-top with its action sequences.

For Shaq, the sequel is all about repairing the ‘Shaq-Fu’ name. “For me, it’s all about legacy,” Shaq said in his Indiegogo campaign video. “I don’t want the old ‘Shaq-Fu’ game, where I’m fighting a couple guys with a stupid front kick.”

While you can donate however much money you want, donating over $15 gets you a copy of the game for PC, while $25 gets you both the game and access to the planned DLC. There are prizes ranging from a signed ‘Shaq-Fu’ poster for $200, to dinner with Shaq in Orlando or Atlanta for $25,000.

The original Shaq-Fu was released in 1994, and starred a 22-year old Shaquille O’Neal. The beat-em’ up fighting game, developed by now-defunct Delphine Software International, was widely panned and considered a monumental failure in later years, so much so that sites exist for the express purpose of destroying any remaining copies of the game.

You can check out the Indiegogo campaign here, and watch the teaser trailer below. 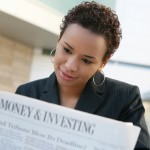 Advice For Athletes: Invest in Your Future, Not Your Fame