New Study: Does the Shape of a Man's Face Impact His Career Success? 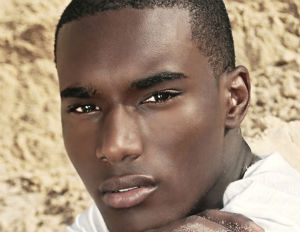 It’s no secret that there’s a strong correlation between good looks and career success, especially when it comes to women. But a recent study conducted by researchers at the University of California, Riverside Business School and Columbia University find that the facial structure of a man has a major impact on his career as well.

According to the study, men with wider faces negotiate signing bonuses that are approximately $2,200 larger than men with narrow faces. The researchers reached this conclusion with a few test studies, one that included 60 male students negotiating for a hypothetical signing bonus, with one student acting as a mock recruiter and the other as a potential employee. The study found that wider-face men were better negotiators than their narrow-face peers, with a tendency to reach a higher salary agreement. The researchers also studied 46 MBA students who were hypothetically involved in the real estate market, and results showed that wider-face men negotiated higher prices when on the selling side and lower prices when on the buying side compared to their peers.

While this study may draw mixed opinions on its accuracy, it does add an interesting perspective to just how much of an impact physical appearance has on a man’s success.