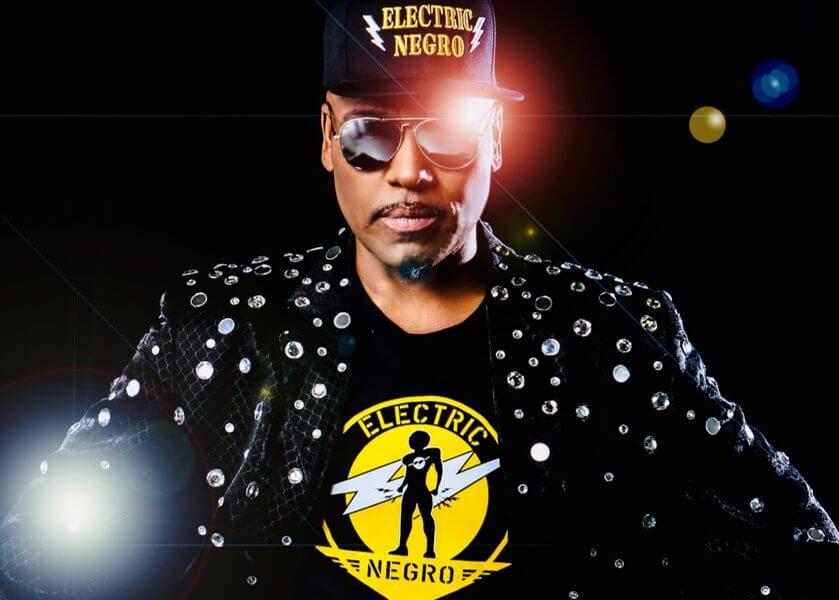 Papa Joe Aviance is not most people! The serial entrepreneur always does things his way. After experiencing a 250-pound weight loss, he started seeing things differently. He’s gone on to become a recording artist, weight loss motivator, an Amazon best-selling author, and now, a creator of an animated TV series.

The successful entrepreneur took time out of his busy schedule to talk with Black Enterprise.

You took the reins of your health and steered it in a positive and uplifting way. What was the decision behind you getting to a healthy weight?

I had been obese for the majority of my life. I had resigned myself as being the “cuddly, teddy bear, fat guy with jokes.” I figured that if I just appeared happy all of the time, people wouldn’t be able to see how defeated I actually was. The following is the reason why I believe that you can be in the right place, at the right time: I was working at a video rental store when I was discovered by a producer. He liked the tone of my voice so much and asked if I would do the feature on the track “Last Night A DJ Saved My Life” with Lula. Of course, I jumped at the opportunity. We went to the studio to record the track, and then it was time to shoot the music video. I had a great time on set, portraying a security guard in the video. I felt tough. And then I saw the music video. Somehow, in my head, I did not look like the man on the screen. In my head, I was the tough, chill guy—in reality, I was the fat security guard who looked like he had trouble moving. Honestly, I saw that video and vowed to myself right then and there that I was not going to continue down that path.

I decided that walking was my easiest course of action, so I put my sneakers on and hyped myself up to go on a long walk. I made it around the block. I honestly couldn’t do anymore that first day, so I took the block and made sure that I wasn’t going to give up. The next day, I made it around the block two times. I kept at it every single day until I was up to walking 5 miles per day. I felt better. I felt more confident. I saw some of the same people every day, and they cheered me on. Meanwhile, because I didn’t have the money to eat healthy, I was sourcing The 99 Cent Only store to get my fruits and vegetables. I always knew that I was a fighter with conviction, but the task to lose the weight seemed so daunting when I started. I think I was able to be positive and uplifting because as I was doing it, I gained more and more confidence in myself. It really is true that you can only be good to others if you are first good to yourself.

Your resurgence led you to become an author. What gave you the inspiration to write?

I wrote a book titled Balancing the Scales, which encompasses my personal and professional life. Some people can separate personal and professional, but mine really do go hand in hand. If by telling others about my experiences, my downfalls and victories, my mindset to reach my goals, if I can help or motivate even one person, then I have served my purpose on this earth. I firmly believe that I have gone through everything that I have gone through in my life to get me to a place where I could help other people. My inspiration came from just sitting back and taking a look at my life. There were things that I had gone through, where if you looked at them individually you would think were quite extraordinary. When you put them all together, I felt like I didn’t have a choice. It was truly something, and I had spent a few years working with different groups in sharing my story. I was a health ambassador for the American Heart Association. I figured that beyond speaking to rooms of a few hundred, or at events with a few thousand, I would write a book that could reach anyone who wanted to hear the message.

How did you gain the type of work ethic and motivation to complete the projects you worked on?

I really have to give credit to my family. Both my grandmother and grandfather had a huge impact on me growing up. My grandfather had an incredible work ethic, and a genuine kindness toward people. I remember him telling me to treat the janitor of a company the same, or better, as I would treat the CEO. He truly believed that everyone holds worth and that with dedication and hard work I could accomplish whatever I set my mind to. I also have to give credit and gratitude to my mother. Behind every great black man, there is a strong black woman who made him that way. My mother has championed for me when I wasn’t even championing for myself. She believed in me, and that has never wavered. I am truly grateful that I had those family members as an example of work ethic, and how to treat people. I would not be where I am today without the lessons I learned from them.

What complications did you endure on your road to publishing and releasing your book?

I think the hardest part of writing a book was STARTING. It is incredibly intimidating to be staring at a blank screen. It was also difficult to decide what I wanted to share that would be relevant and helpful, and what might just be extra “fluff” to fill pages. I didn’t want to write something just for the sake of writing something. I wanted it to have intention and purpose. There was a lot of writing, editing, rewriting, starting from scratch, thinking that it wasn’t going to ever be finished—but then one day I blinked and it had just come together. I sent to a few close, trusted people in my circle to read, and when they gave me the thumbs up, I knew that I had done what I set out to do.

While you were recording music, how did the business aspect of the industry affect the creative process?

As with all things, there is a bit of politics to navigate in the industry. I really feel like I had it pretty easy though. I don’t have horrible stories about the business side affecting my creative process. I’ve also been lucky enough to work with some unbelievably talented producers, who curate projects with me in mind. That definitely makes all the difference. In a way, I found the perfect balance of business and creative because I merged the two. I do think that’s what successful creative types accomplish. You find a way to balance the scale. That’s where my street smarts came in. I knew who to ride with, and who to avoid. I had also spent some of my younger working years on Wall Street, so I had that business savvy attitude too. You find what works for you, what resonates with an audience, and then you stick with that. It’s the smartest thing to do, depending on where you want to go in the industry.

Tell us about your latest project, The Electric Negro.

The Electric Negro project is something that I have been cultivating for years, and the fact that it is coming to fruition is beyond what I could have hoped for. The Electric Negro is a controversial, unapologetic, thought-provoking and HILARIOUS animated black super-hero TV series, as well as a line of fan merchandise. The show is making headlines while in the final stages of distribution with letters of intent from AJ McLean (Backstreet Boys), Denzel Whitaker (Black Panther), and many more who have already signed on as voice actors for the main characters.

What advice would you give to folks who want to be a successful entrepreneur?

Really figure out what it is that you’re selling. It could be an idea, a product, an art piece, yourself; but you truly have to believe in whatever it is that you want other folks to pick up on. Establish your brand. What do you represent? Be clear about the message you’re trying to get across, and then give people a reason to remember that brand. Be good to people. I know business is business, but I am living proof that you can be successful in business without tearing other people down or exploiting them. You get what you give. And when you give positivity and honesty, you get positivity and honesty back. We also live in a time where you have to be savvy on social media. Start a grassroots operation for getting the word out to people. If you’re putting out the right message to the right people, your social numbers will reflect that. The more visibility that you can give yourself, the more opportunity you can give yourself. Last but not least, I go back to one of my first points. You can only give to others when you’re giving to yourself first, so make sure at the end of the day that you’re taking care of yourself. Trust yourself because you know what you’re capable of, and don’t be afraid to ask for help when you hit a roadblock. With some hard work and dedication, you can do it! 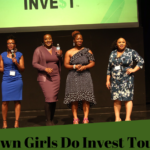 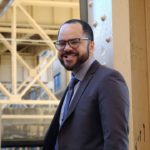