Serena and Venus Williams to Face Off at Australian Open Finals 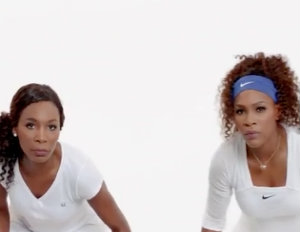 Tennis greats Serena and Venus Williams have clinched their spots in the women’s final of the Australian Open, which will be the first all-Williams final here since 2003.

It’s been nearly eight years since there’s been an all-Williams Grand Slam final at Wimbledon. The final between the 36-year-old Venus and 35-year-old Serena represents an historic Open Era moment for women’s tennis. They will be the oldest two players to contest a Grand Slam final.

Venus is the oldest player to reach a women’s major final anywhere, since Martina Navratilova at Wimbledon in 1994. The sisters have played each other 27 times in the past, with Serena leading 16-11 overall. A seven-time Grand Slam singles title holder, Venus hasn’t won a Grand Slam title since Wimbledon in 2008, and she hasn’t made it to Grand Slam final since losing to Serena at Wimbledon in 2009.

History in the Making

Returning to her first final since then is a momentous occasion for Venus, given her struggles to overcome an energy-sapping illness, since being diagnosed with Sjogren’s syndrome in 2011. “Everyone has their moment in the sun,â€ Venus said, during an interview after her semi-finals match. “Maybe mine has gone on a while. I’d like to keep that going. I’ve got nothing else to do so let’s keep it going.â€

A victory for six-time Australian Open winner Serena would establish her as the all-time Open Era record holder, with 23 Grand Slam singles titles, breaking a tie with Steffi Graf. She would be one win closer to tying Margaret Court’s overall record of 24 Grand Slam titles.

“Obviously I was really proud of Venus–a total inspiration, my big sister,â€ said Serena, as reported by CBS. “She’s basically my world and my life. I was so happy for her. For us, both to be in the final is the biggest dream come true for us. She’s my toughest opponent–nobody has ever beaten me as much as Venus has,â€ Serena added. “I just feel like, no matter what happens, we’ve won … a Williams is going to win this tournament.â€

A Powerful Force off of the Court

The Williams sisters are a force to be reckoned with on and off the court. Venus has spent years in the sport of tennis rallying for equal pay among both the men and women. Through her collaboration with the Women’s Tennis Association, she wrote a 2006 op-ed titled Venus Williams on Equal Pay at Wimbledon,Â which helped getÂ tennis’ biggest tournament to erase the pay gap. A franchise owner, she also has four Jamba Juice stores in Washington, D.C.

Reportedly, Venus and Serena also own a piece of the Miami Dolphins. Serena is an angel investor, who has committed over $70 million to help startup founders, including a $10 million investment in the black-owned Silicon Valley startup, Mayvenn, an innovative tech platform that allows hair stylists to sell hair extensions directly to their clients, according to Crunchbase.