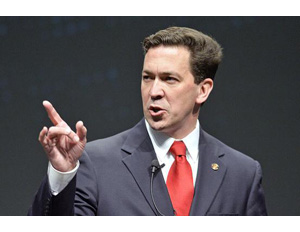 Chris McDaniel, a Republican state senator representing Mississippi’s 42nd District, posted a flurry of inflammatory Facebook messagesÂ that range from crowing about Trump’s winÂ to insulting people–including President Obama–as well as those who took part in the Women’s March this past weekend.

The senator called those who marched in the Women’s March in D.C., “A group of unhappy liberal women.â€

Then, McDaniel posed this question:

“If they can afford all those piercings, tattoos, body paintings, signs, and plane tickets, then why do they want us to pay for their birth control?”

McDaniel also has words for President Obama, claiming, “Obama has no respect for our system of government.â€

“Democratic Rep. John Lewis said he does not believe that Donald Trump is a legitimately elected president and has chosen to skip the inauguration ceremonies.

Interesting. Because Trump is the first legitimate president we’ve had in 8 years.”

Two days ago, a tornado killed four and injured dozens in the Mississippi cities of Hattiesburg and Petal. If you scroll through McDaniel’s spewing, you can find a lone post about that misfortune; the senator offers prayers and a vague, “If you need anything, please message me.â€

Surely, Sen.McDaniel has more pressing issues to attend to, other than using Facebook as a forum to publicly vent…right?

Insider Monkey, a financial and investment website, ranked Mississippi the least technologically advanced state in the Union, citing factors including its consistent ranking as the lowest among all the states when considering education, household income, and health. How about Facebooking your plans to combat those travesties, senator?

Perhaps McDaniel summed up what we can expect from the Trump administration and the other politicians that share his misogynistic, backward views, with the ominous Facebook post he added on the day of Trump’s inauguration:

This day is just the beginning.

Serena Williams Shows Us All How to Shut Down Haters