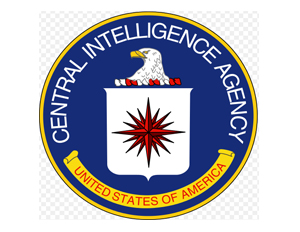 After the 9/11 terrorist attacks, the Senate Intelligence Committee issued an extensive study into the tactics and methods of torture used by the CIA on potential threats, which took over six years to complete. Released Tuesday, the report reviewed over 6 million documents and shed light of what detainees held in international countries experienced.

How to best serve and protect the lives of Americans has been an ongoing debate and topic of controversy since George W. Bush‘s presidency. Quickly after the 500-page document was made public knowledge, the response by Americans was overwhelmingly alarming. The CIA was reported to treat detainees in a brutal manner, and leave them in unimaginable conditions. Through the process of waterboarding, prisoners would experience several near-drowning experiences. Along with being chained and locked in agonizing positions in cold and dark rooms and being deprived of sleep, prisoners were also subjected to “rectal hydrationâ€ or “rectal feeding,â€ giving up total control of one’s body. According to reports, one secret officer claimed that the waterboarding prison in Afghanistan, also deemed the “Salt Pit,â€ resembled a dungeon, where prisoners “literally looked like a dog that had been kenneled.â€

[WATCH] How the White House Responded to the Report on CIA

Senate Intelligence Committee Chairman Dianne Feinstein, D-Calif stated, “It shows that the CIA’s actions a decade ago are a stain on our values and on our history. The release of this….report cannot remove that stain, but it can and does say to our people, and the world, that America is big enough to admit when it’s wrong and confident enough to learn from its mistakes.”

The major findings of the report concluded that the CIA’s “enhanced interrogation techniquesâ€ were ineffective, deeply flawed, and far more horrific than anybody knew.Â  The CIA had given inaccurate information about the operation to the White House and Congress. When President Obama took office in January 2009, the use of torture in CIA interrogations was banned. Once news of the release broke, the federal government was alarmed, fearing a terrorist attack on our country as a response to the report. “We are concerned that this release could endanger the lives of Americans overseas, jeopardize U.S. relations with foreign partners, potentially incite violence, create political problems for our allies, and be used as a recruitment tool for our enemies,” said Republican Sens. Marco Rubio of Florida and Jim Risch of Idaho in a joint statement. “Simply put, this release is reckless and irresponsible.”