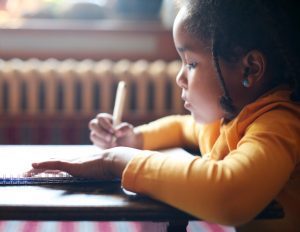 The American education system needs change–that’s one thing that most of us can agree on. Even as Betsy DeVos reveals her lack of experience and knowledge about public education, it is true that hyper-segregated public schools do little to provide a good education to poor children.

“A founding tenet of American democracy is that merit, not accident of birth, should determine individuals’ income and social status,â€ says EPI economist Emma GarcÃ­a, in a statement. “When characteristics such as race, gender, or parents’ economic and social capital, rather than their innate ability, hard work, and discipline systematically affect student success, this threatens democratic ideals. Our research highlights a major educational success story for some groups, but the system continues to fail low income students, who haven’t closed the gap with high income peers.â€

In Five Key Trends in U.S. Student Performance, the authors show that students are harmed by attending high-poverty schools. “Attending a high-poverty school lowers math and reading achievement for students in all racial and ethnic groups, and the chances of ending up in such a school are largely determined by a student’s race and ethnicity and social class.â€ Black and Hispanic students–even if they are not poor–are much more likely than white or Asian students to be in high-poverty schools.

They are also much more likely to attend a school in which black and Hispanics make up more than 75% of the student body. Attending such racially segregated schools has a much larger negative effect on black, Hispanic, and Asian students’ achievement, than it does on that of white students.

“Policymakers should enhance support for low-income children and minorities at risk. More coordinated and widespread education policies would include investing in early childhood education, after school and summer enrichment programs, and dual language programs, to strengthen public education,â€ EPI research associate Martin Carnoy says in a statement. “Creating a strong public education system would help all students, regardless of race, ethnicity, or socioeconomic status.â€