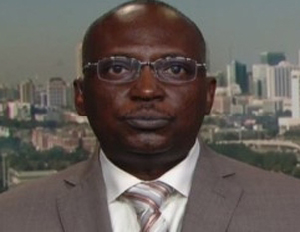 According to reports, Kenneth Tate, a former security guard at the Centers for Disease Control, allegedly tried to get a photo of President Obama. It turned out to be the last photo he would take as a CDC employee. He was fired about a week later and is still out of a job.

The New York Times reports, “An investigation conducted shortly after the president’s visit revealed that Tate was carrying a CDC-issued firearm, a violation of Secret Service protocols —and a security lapse that the agency’s director at the time, Julia Pierson, never mentioned to the White House.”

According to CBS, “The security guard said he was never given an official explanation for his termination, though it seemed like the Secret Service was angry over a picture he tried to take of Mr. Obama’s armored limousine, called “the beast.”

CBS also reports, after “he snapped the picture, the Secret Service pulled Tate aside for questioning. He deleted the picture as requested. After the interview, the CDC took away his badge, and he was fired about a week later.”

The Secret Service has been under fire recently following a series of incidents at the White House that made some question their dedication to the President.

In one incident 42-year-old Omar Gonzalez, scaled a fence at the White House and actually entered an unlocked door at the executive mansion. He was carrying a knife.

It was later revealed during a congressional hearing that once he burst inside the unlocked front door, Gonzalez, an Army veteran, overpowered one Secret Service officer and sprinted past a stairway that leads up half a flight to the first family’s living quarters. A federal grand jury indicted Gonzalez on three separate federal and District of Columbia charges.

According to the Times, a Secret Service official said the inspector general’s office of the Department of Homeland Security was investigating the incident.

The Atlantic reports, Tate’s lawyer, Christopher Chestnut, said that Tate’s dismissal was a “baseless termination” that he would “continue to investigate and demand answers.

It’s still unclear whether he plans to sue.