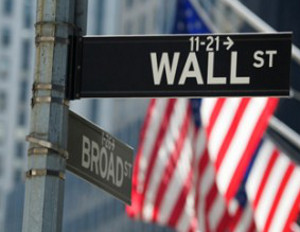 The SEC today votedÂ 4 to 1 in favor of implementing section 201(a) of JOBS Act, which lifts the ban on general solicitation and permits startups, venture capitalists, and hedge funds to openly advertise that they’re raising money in private offerings.

This move should make it significantly easier for companies to raise capital for their startup or already established business.

Last year the U.S. Congress approved the Jumpstart Our Business Startups (JOBS) Act and directed the SEC to carry out rulemaking that would implement some of its goals. It includes reversing advertising prohibitions that became law under the Securities Act of 1933.

Investment is still limited to investors worth more than $1 million liquid net worth, which some experts say is not enough.

“An investor with a net worth ofÂ $1 millionÂ isn’t necessarily a sophisticated investor.” saysÂ Finect PresidentÂ Jennifer Openshaw. “Windfall wealth, including the sale of a long-held home, can provide consumers with opportunities for making uninformed financial decisions.”

Openshaw said the SEC needs to enact investor protections that some consumer groups have sought. Regulators should review the accredited investor definition, with an eye toward a minimum income of perhapsÂ $400,000Â or a net worth ofÂ $2.5 million.

“Small companies benefit by being able to raise money more easily under the new rules,” Openshaw said, “but history has shown that consumers can be misled and exploited if steps aren’t taken to guard their interests.”

“It’s all the more important to be vigilant against bad actors. More information will now be accessible to investors through the use of social media, and the ability of bad actors to pursue unaccredited, unsophisticated investors will grow,” she added.

Finect, one of many companies that looks to benefit from today’s ruling is a financial industry online network ceated specifically for compliance needs.Â Finect provides a unified way for advisors and investors to use social media in a compliant fashion.

“It’s an open world with access to information we haven’t seen before,” she says. “The Internet and social media are changing it.”

“So managers such as hedge funds may want to use Finect as a one-stop compliant social platform that allows them to share information and even reach accredited investors,” she says.

5 Ways to Promote Financial Literacy in Your Teen This Summer