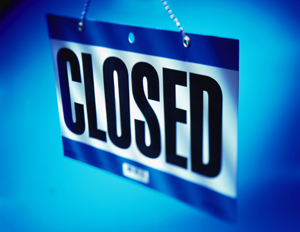 The retail industry kicked off the holiday shopping season with strong sales, but that wasn’t enough to spare Sears Holdings from their current predicament. The company, which is comprised of over 4,000 stores in the United States and Canada, reported an intense drop in holiday sales compared to a year ago, forcing the retail giant to close 100 to 120 Sears and Kmart stores.

Sears Holdings announced same-store sales–sales at stores open at least a year–tumbled 5.2% in the eight weeks leading to Christmas Day. That came from a 4.4% drop in sales at Kmart stores and a 6% slip in sales at domestic Sears stores.

The stores to be closed have yet to be identified.

Carl Clark, a black Navy veteran credited with saving the lives of some of his shipmates during a World War II battle, will finally be getting a medal for his heroism, announced U.S. Rep. Anna Eshoo on Thursday.

While serving as an E-6 Steward First Class aboard the USS Aaron Ward, the now 95-year-old dragged several men to safety after Japanese kamikazes attacked the destroyer near Okinawa in May 1945. Clark also put out a fire in an ammunition locker, all while suffering from a broken collarbone.

He will be awarded the Navy and Marine Corps Commendation Medal with the Combat Distinguished Device on Jan. 17. Clark will receive the medal during a ceremony at Moffett Field in Mountain View, Calif.

Christmas Day downloads of Apple iOS and Android apps more than doubled compared to years past, according to a recent report. The enormous spike in app downloads on Christmas Eve and Christmas Day is breaking records.

Looking Back and Giving Back: How Entrepreneurs Use Profitable Skills for Philanthropy