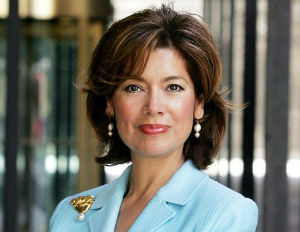 The US Small Business Administration needs to work towards easing regulations, getting banks to lend more, and assisting small companies in winning more federal contracts, especially among minority-owned firms. The agency also needs to do a better job of getting the word out to companies about what it has to offer, all according to small business advocates.

That will be the charge of the SBA’s new Administrator Maria Contreras-Sweet, who was finally confirmed by the Senate last week. Â She had been nominated by President Obama back in January. Her confirmation hearing was held before the U.S. Senate Committee on Small Business and Entrepreneurship in February. Contreras-Sweet, whose family immigrated from Mexico when she was five, becomes the second Hispanic Cabinet member in President Barack Obama’s second-term Administration.

“The SBA has been without an Administrator for eight months, and it’s critical that we get this position filled today. We can’t forget that small businesses create two out of three new jobs in our country…. Every single day we need to think about small businesses in our community, and how much we need to help and support them. Everything from Chobani yogurt to Ben & Jerry’s ice cream, Federal Express… have all been small businesses benefiting from the SBA program and to have somebody like Maria Contreras-Sweet to be this person is critical to us.â€

RELATED: Why Obama’s New SBA Appointee Will be Good for Minority Business

The SBA has made progress in streamlining its loan programs and getting more lenders to participate, but there’s still a perception that there’s too much red tape involved in getting an SBA loan.

Contreras-Sweet said during the confirmation hearing, she’ll make sure small businesses know “this is not your grandfather’s SBA.”

What Young Adults Think of the Affordable Care Act