If you’re thinking about giving your bank the old heave-ho, joining a credit union may be the right move for you. Last week, credit card holders sounded off on card issuers about unfair rate hikes and slashed lines of credit. With all that’s going on in the banking industry, credit unions are looking even more attractive.

What are the incentives? As a child, I remember accompanying my mom to her credit union and swiping 6 Flags coupons as the tellers greeted her by name and asked about my brother and father. It seems that credit unions still give their members that personalized welcome feeling that banks once did many moons ago.

But aside from the get-to-know-you atmosphere, there are many other perks that come with joining these institutions. First, credit unions are nonprofit cooperatives. So unlike major banks that make it their mission to gouge out your eyes–I mean your savings accounts to make shareholders happy, the motives of credit unions are a bit different. Credit unions redistribute profits in the form of dividends to its members and their non-profit status means they are exempt from many state and local taxes. Their tax status also helps to guarantee lower interest rates on loans and, traditionally, lower fees than banks.

Credit union membership is usually based on where you live or work. To locate a credit union near you or for more on eligibility, check out the Credit Union National Association Inc. 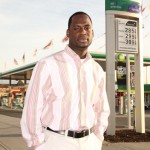