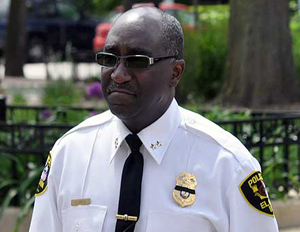 The death of Miami teen Trayvon Martin last year rocked the suburban town of Sanford, Florida and the nation alike.

When Smith took the top job, at least one white officer in the mostly white department said he didn’t want to work for a black man. It was a startling reminder of the long-held racial tensions between whites and blacks in Sanford, and of the tensions between blacks and the town’s police force.

“This has been a slave town forever,â€ one resident recently told Smith. “There are people who still feel white people are the devil. You’re not from here. You don’t understand.â€

Smith later recalled telling the resident, “Enlighten me so I can enlighten my people.â€