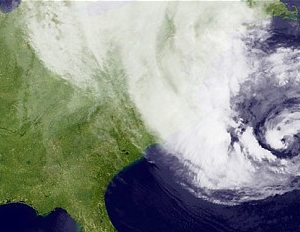 Hurricane Sandy is just one reason that natural weather disaster caused $110 billion in damages in 2012. The financial markets are on hiatus while the East Coast braces for the brunt of Hurricane Sandy’s wrath. The New York Stock Exchange will remain closed for a second consecutive day.

The category one storm is battering the eastern seaboard, bringing in a host of other potentially dangerous weather conditions. City officials are taking precautions to ensure that people remain safe and out of harm’s way.

Fallout continued into late Monday and early Tuesday morning; mass transit in the region as come to a halt and the CEO of the NYSE announced the stock market will be closed to physical and electronic trading.

“My bias is always to keep the markets open, but this was a pretty easy decision,” Duncan Niederauer, the chief executive of the stock exchange’s parent company, NYSE Euronext, said on CNBC. “What I underestimated … was how much people would have to staff up if we were operating electronically.â€

The NASDAQ and the CME in Chicago will also be closed.

What Parents Can Do to Fight Cyberbullying