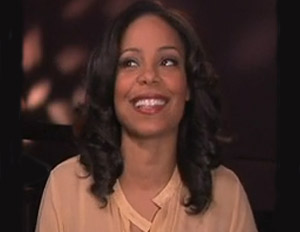 Sanaa Lathan plans to make big #BossMoves in Hollywood, according to an announcement by Variety, the actress will star in and executive produce the highly- anticipated film adaptation of Omar Tyree’s trilogy, Flyy Girl. Lathan, will portray the film’s protagonist, Tracy Ellison – a successful businesswoman and workaholic who believes money is always the key to happiness.

In case you haven’t read the best-selling book, Flyy Girl follows Tracy Ellison, an ambitious, materialistic woman with an obscure background, who eventually Â plunges into a world of violence, gratuitous sex, and lies, until heartbreak forces her to take a closer look at her own life, sexuality, and dreams. The classic novel is about a young woman coming of age in the late 1980s, living life as fast as she can.

“So many people have grown up on this series and I’m looking forward to bringing Tracy Ellison’s story to life through film,â€ Lathan told Variety. “It’s my hope to continue to help bring diverse stories to the big screen.â€

Tyree’s trilogy, which includes the books, Flyy Girl, For the Love of Money, and Boss Lady, has been read by more than 8 million people world-wide, and brought in $30 million for Simon & Schuster, Tyree’s publisher. With Flyy Girl’s cult classic status, and Lathan on board, this film has the potential to ‘turn out’ the box office.

[WATCH] Ava DuVernay Revels in Being a ‘Black Woman Filmmaker’