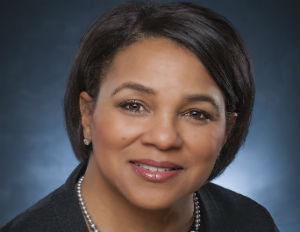 It has been announced that Rosalind ‘Roz’ Brewer, president and chief executive officer of Sam’s Club, the membership-only retail warehouse club, will officially be retiring from the company, effective February 1st. Brewer is retiring after 5 years with the company following a tough battle to compete with Costco Warehouse.

Though Brewer doesn’t have her next move lined up just yet, she is eager to take on whatever is next.

The well-regarded Brewer,Â in the a top job since 2012, is leaving the $57 billion-a-year next month company because “she wants a new challenge,” Doug McMillon, CEO of parent companyÂ Wal-MartÂ StoresÂ (WMT, -1.33%), told staff in a memo on Friday. She will beÂ replaced by John Furner, Sam’s Club’s chief merchant. Brewer, No. 19 onÂ Fortune’sÂ Most Power WomenÂ in business list, was one of the few top African-American executives in retail.

On her watch, Sam’s Club made large strides in e-commerce with initiatives such as drive-through pick up of online orders and scan-and-go, which allows members to scan items with their own phones and speed up checkout, features that gave the chain aÂ rare advantage over Costco. Sam’s Club is also in the midst of repositioning itself to attract a more affluent clientele (Brewer ambitiously and perhaps unrealistically wanted to take the average household income of a Sam’s shopper to $100,000 from $80,000),Â overhauling its grocery offeringÂ (60% of sales) and streamlining and improving Sam’s private label brands. (Costco’s Kirkland brand is a $15 billion-a-year juggernaut in the U.S. that encompasses everything from pork chops to household cleaning goods.)

Despite her efforts, the 650-store Sam’s Club chain has struggled to narrow the sales growth gap with Costco. Sam’s has reported growth, albeit modest, in the last three quarters, including a 1.4% jump (excluding fuel) in the most recent quarter. But those numbers pale in comparison to the growth rates atÂ Costco, which have typically been several percentage points higher than Sam’s in recent years…

…Though Brewer made the unusual step of leaving before lining anything new up, suggesting Wal-Mart was looking for a change, Brewer can take solace in that former Sam’s Club CEOs often land well: her predecessors include McMillon and Brian Cornell, now CEO ofÂ Target.

Linksys Aims to Envelop Your Home in Wi-Fi 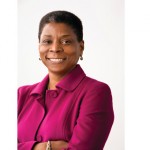