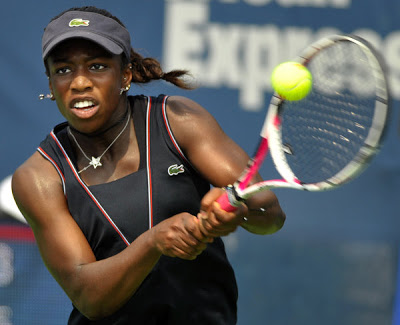 With a 7-5, 6-3 loss at the US Open, Sachia Vickery bowed out of her first Grand Slam tournament.

Her mom paced, silent as she could be, up and down the corridor between court No. 4 and 5, where her baby fought to stay alive. Save for a few supporters who got wind of her first-round victory over Croatia’s Mirjana Lucic-Baroni, her fans were outnumbered by the large Israeli contingent waving their flags and singing their songs. The sun was setting, too, and Sachia Vickery desperately tried to not let her first appearance in a grand slam suffer the same fate.

In the end, she fell to a girl that she knew: Israel’s Julia Glushko, 7-5, 6-3. Glushko had a large contingent of fans on No. 4, a circumstance that left the 18-year-old Vickery, an American — at the US Open — searching for answers.

“It was tough on me because I actually thought most of the crowd would be for me because I’m American,â€ she said close to an hour after she stepped off the court. “But when I went out there I tried to block it out and just focus on the match and what I had to do to play well. That’s all I was focused on.”

“But I knew I had a good chance of winning if I played my best.â€

Vickery built an early lead in the first set but let up, failing to force a tiebreak and lost the first set 7-5. She was never really in the second set, despite breaking Glushko for a glimmer of hope. Too many unforced errors and a devastating double fault to allow Glushko to break her serve late in the second set all but sealed her fate.

“When I was up, I was, like, oh my god, I could maybe win this match if I keep playing well and I think that’s kind of what distracted me from playing the points well.â€

Vickery and Victoria Duval, both black American, were part of a handful of Americans who surprised the draw by winning their first round matches.

For her part, Vickery said she can’t wait to root for her friends.

“We see each other in the locker rooms all the time at tournaments every week,â€ Vickery said. “At this point we just do for the best for everyone. I talk to some of the girls my age like Taylor [Townsend] and Allie Kiick and Vicky [Duval]. We all grew up playing tennis together so it’s great that we have this opportunity to play in this tournament and do pretty well.â€

So well, in fact, that she knows how bright her future is. The American players here have a ton of obligations and, as her ranking gets higher, those obligations — on and off the court, will only increase.

“I can’t be too disappointed. We have tournaments every week — next week I’ll be at another tournament — so I can’t dwell on it too long,â€ said Vickery, who added that she’s done with junior tournaments and is going to play only pro tournaments going forward. “I see [off-the-court obligations] as opportunities. We all just try to go out there and we try to give our best every match.”

“At the end of the day it’s about having fun. Of course everyone wants to win and do well to get our ranking up. It’s competitive out there because everyone is shooting the same thing. But I think in the end it just motivates everyone that much more during matches and practice. That’s what helps you get through everything that comes with being on tour.â€

The more she wins on tour, the larger that cheering section will become.

“I didn’t know I’d be this nervous because in the first match I wasn’t as nervous,â€ Vickery said, not using the crowd as an excuse. “But for my first grand slam I don’t think I did that bad.â€

Access to Capital is Still a Challenge for Minority Business Enterprises 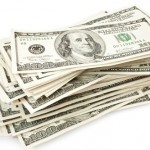