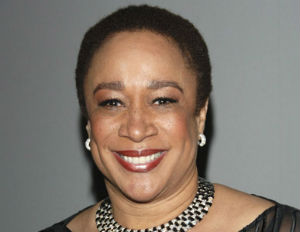 S. Epatha Merkerson, best known for her role on Law & Order as Lt. Anita Van Buren, was one of the women honored at the Women Superstars Luncheon during the BronzeLens Film Festival.

The veteran stage, film and movie actress got behind the camera as well, making her directorial debut with The Contradictions of Fair Hope.

“My mother always told me because of the kind of world we live in, we need to be better – that’s what I aspire to do,â€ said Merkerson.

Emayatzy Corinealdi, star of the indie hit Middle of Nowhere, was also honored during the luncheon.

Head to theGrio for a full list of winners and more photos.

You’ve Got the Power: 7 Ways to Take Control of Your Performance Review