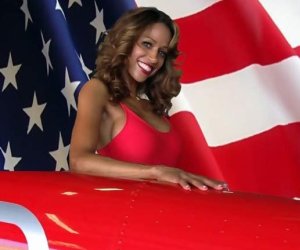 President Obama supporter, Russell Simmons, stated in a recent blog entry on GlobalGrind.com that ‘Clueless‘ actress Stacey Dash knows what she is talking about and is much smarter than people will believe, despite her support for Mitt Romney.

As Simmons writes, “She thinks that tax breaks will entice the rich to invest in this economy and that privatizing the social services like healthcare, education and even social security will make it competitive, thereby making them more responsible.”

He disagrees with her but as he continues, “Here’s my point: Being angry Progressives is equally as bad as being angry Conservatives. And I don’t support it. In fact, I admire her courage and I support her right to use her voice, even if I personally think her opinions are misguided and “bullshit.”

Looking Like a Bag of Money: Can the Way You Dress Affect Your Career?