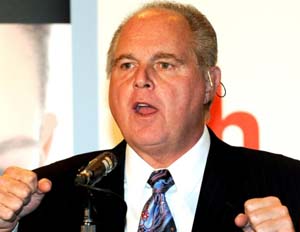 Rush Limbaugh was not happy with the way the election turned out. The conservative shock-jock vented on his show Wednesday in metaphors about Santa Claus that the people didn’t want to vote on someone who believes in traditional values.

“People are not going to vote against Santa Claus, especially if the alternative is being your own Santa Claus.”

Limbaugh believes Romney would have made a good president because he promoted traditional values of hard work that “apparently” the president doesn’t believe in.

“In a country of children where the option is Santa Claus or work, what wins?”

Teacher Gets Bullied by Student at Baltimore High School