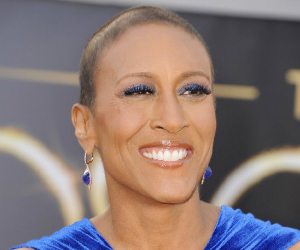 Good Morning America’s Robin Roberts, already recognized for her strength and tenacity during her previous medical ordeal, is being honored, once again.

According to a statement from Diane von Furstenberg’s Diller-von Furstenberg Family Foundation, Roberts has been chosen to receive a lifetime leadership award for the “extraordinary grace and courage” she has shown in her fight against breast cancer and a blood disorder.

Roberts, who recently returned back to television after a life-altering surgery, continues to be a role model to people who admire her comeback.

Is Clutter Keeping You Back Financially?