Robin Givens and Ashleigh Murray Open Up About Starring on 'Riverdale' 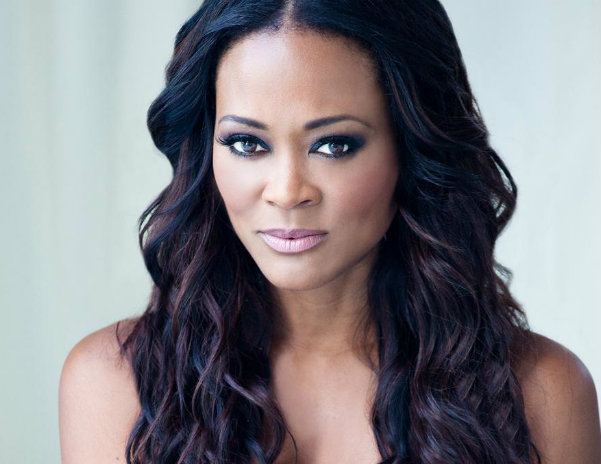 Published since the 1940s, the primary setting featured inÂ Archie Comics is the fictional town ofÂ Riverdale; the home of protagonist Archie Andrews–a charismatic teenage redhead caught in a perpetual love triangle with his two best female confidants–and his friends. However, on Riverdale, the CW’s new TV drama based on Archie Comics,Â the Riverdale of today is depicted as fully gentrified and home to a much more diverse cast of characters.

One of the most striking differences between the original comics andÂ Riverdale is that Josie and the Pussycats–the iconic, all-girl, cartoon rock group originally featured in Archie Comics as a trio of two white and one black girl–is made up of all black girls, headed by actress Ashleigh Murray. And, because you can never have too much #BlackGirlMagic, Josie’s mom, Sierra McCoy, the mayor of Riverdale, is played by legendary actress Robin Givens.

Here’s what Ashleigh and Robin had to say about their experience and roles on Riverdale:

Ashleigh Murray on Her Interpretation of Josie:

Ashleigh Murray on Josie’s Relationship With Her Mother:

“Josie does her best to fall in line with what her mom believes is right, but sometimes you see her push back, which [is what] normally happens in parent-child relationships. But, Josie understands that her mother is coming from a place of love. Her mom is very smart about making sure Josie understands that she can be who she needs to be, but she must also love who she is–and Josie takes that to heart.”

Robin Givens on Her Role as Mayor McCoy:

“Every so often, a role comes along that really touches you personally. I grew up with Archie and Josie and the Pussycats, so every time I even think about it, I just start blushing. The mayor could have been anybody; I’m honored that I was chosen.”

“When one of the Pussycats leaves to do something with Archie, the mayor is like, ‘Find somebody to replace her. Just make sure she’s not as good as you–not as thin, not as pretty, and doesn’t sing as well–and make sure it’s another woman of color.’ Josie knows her mom has her back, and I think she actually feels protected.”

Robin Givens on the Diversity of the Riverdale Cast:

“To be part of a show with such diversity makes me feel proud. The writers and showrunners have chosen to represent this era in a certain way, where anyone watching the show can see themselves. You name it, you’re represented. That makes me proud. Also, the fact that Josie and the Pussycats are beautiful, and different shades, and sexy is just fabulous for black women.”