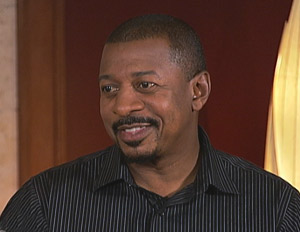 In his latest role as President and CEO of Productions for the Black Family Channel, Townsend aims to change the face of television. During his first months on the job, he has produced eight new television programs including “Spoken”, “Souled Out”, “The Thousand Dollar Bee”, “Lisa Knight and the Round Table”, and “The Black College Talent Hour”, all promoting positive values through a wide variety of content.

A legend in the comedy industry, Townsend has been in show business for nearly 20 years. He began his career as a stand-up comedian, before being discovered. Soon after, he went to Hollywood and began performing on various television comedy specials including “Rodney Dangerfield: Its Not Easy Bein Me” and “Uptown Comedy Express,” as well as landing roles opposite Denzel Washington in “A Soldier’s Story”, Diane Lane in “Streets of Fire” and Kevin Costner in “American Flyers”.

Robert went on to produce shows such as, “Robert Townsend’s Partners in Crime” and “Townsend Television.” He also created and starred in the WB sitcom, “Parent Hood.”

Appreciation Is an Important Key to Wealth and Relationship Success