Clay Donahue Fontenot: One of the Most 'Sought-After' Stuntmen 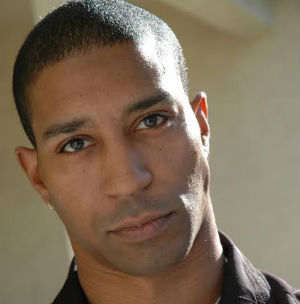 Clay Donahue Fontenot is one of the most sought-after stuntmen in Hollywood (Image: Fontenot)

You may not recognize Clay Donahue Fontenot, but if you’ve seen a Denzel Washington, Wesley Snipes or Jamie Foxx movie over the past 15 years, you’ve most likely been dazzled by his skill set.

Fontenot is a stuntman. A unique breed of men and women on a movie set, that work behind the action, putting their safety and sometimes their lives on the line during the production and filming of a movie.

Their stunts, or gags, are usually intended for use in motion pictures or dramatized television. Fontenot’s raw determination and boss-level work ethic has propelled him into rare air.

According to Business Insider, he is one of the 12 most sought-after stunt doubles in Hollywood.

With a body of work that’s been as solid as a rock, Fontenot has been the unsung hero in some of the biggest action blockbusters in the past two decades. They include films such as “Iron Man,” Quentin Tarantino’s “Django Unchained,” “Unstoppable,” and all three “Blade” movies.

He was born in Lake Charles, Louisiana and grew up in Tallahassee, Florida.

BlackEnterprise.com caught up with Fontenot to discuss how he got involved with what is obviously a dangerous, though ultimately rewarding career.

Fontenot says he started seriously thinking about getting into the film business shortly after high school but thought it was a goal that was unattainable for a “small-time, small-town” guy in Florida.

One day, while watching television, everything changed. “A girl that I escorted to the prom was starring on a TV show, and I figured at that point, if she could do it, I could do it. So three months later I saved money, packed all my things, and moved to California to be in the business.”

It was an impulsive—some might think reckless—move that ultimately paid off, but at the time, Fontenot wasn’t sure which way the cards would fall.