Rihanna's Tour Documentary Set to Premiere in May 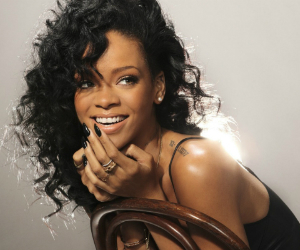 Last November, pop star Rihanna invited over 150 journalists and fans to embark on a worldwide adventure with her to play shows in Mexico City, Toronto, Stockholm, Paris, Berlin, London and New York to promote the release of her latest project. Somewhere along the way, a video crew caught footage and the world will get to see it on Fox on May 6th.

“It was different having to do your job but also have 200 guests come along with you,” Rihanna said. “They all want you to host a party every time you get on the plane after a show but you really only have that time to sleep until you get to the next country … Sometimes it was a two-hour ride to the next country and that was all the sleep you would get.”

The documentary will give viewers an inside look at everything that went down during that sometimes bumpy one-week trip the singer used to promote her chart-topping album release, Unapologetic.

The Best Places to Watch the 2013 NCAA Tournament Online