Ride Sharing Lyft Could Be Illegal In New York 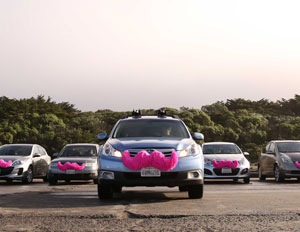 Lyft announced Tuesday it would enter New York City, but it seems that plan could be dead on arrival. (Image credit: Lyft)

On Tuesday, ride-sharing startup Lyft made an announcement that could change the taxi industry in New York. The company is bringing its ride-sharing service to the Big Apple.

In a statement, the commission explicitly stated that Lyft’s service was considered illegal. “Lyft has not complied with TLC’s safety requirements and other licensing criteria to verify the integrity and qualifications of the drivers or vehicles used in their service, and Lyft does not hold a license to dispatch cars to pick up passengers,” the statement read.

The commission paints its concern as one where safety is a top priority. “In keeping with the TLC’s priority of protecting public safety and consumer rights, the agency will be conducting enforcement operations to ensure compliance with the City’s rules and laws.” The TLC is also warning consumers about the dangers of using Lyft, stating that non-professional drivers and their vehicles have “not undergone the rigorous safety and emissions inspections conducted by the agency to ensure its safety and fitness for transporting passengers, and its driver has not been subject to the TLC’s required drug and background checks.”

In March, Lyft was valued at more than $700 million after a new round of funding. In April, TechCrunch reported it had earned $250 million in funding from companies like Alibaba and hedge fund Coatue Management.

The TLC isn’t just using stern warnings to deter potential drivers from signing up with Lyft. It’s imposing fines on anyone caught in dealings with the mustachio’d company. “Unsuspecting drivers who sign-up with Lyft are at risk of losing their vehicles to TLC enforcement action, as well as being subject to fines of up to $2,000 upon conviction for unlicensed activity.”