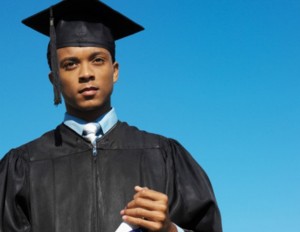 MoreÂ student loan borrowers are expected to gain access this year to a repayment plan that cuts monthly debt payments to a small share of their income.

The plan has been called Repaye, for “revised pay as you earn.â€ As the name suggests, it is based on the “pay as you earnâ€ repayment program, which became available to some student loan borrowers nearly three years ago.

The new plan grew out of an executive order signed last year by President Obama, who aimed to expand the pool of borrowers helped by the pay-as-you-earn program. Concern has been growing about the economic impact of student debt and mounting loan defaults. In 2013, nearly 70% of graduating college seniors had student loans, and their average debt was more than $28,000. The Obama administration has said up to 5 million more borrowers will become eligible for the expanded program.

The new version of the pay-as-you-earn program will be available to anyone with federal direct loans, regardless of when students receive the loans and what their debt-to-income ratio is. (The original pay-as-you-earn plan is available only to those who borrowed after 2007 and requires borrowers to have high debt relative to their income.)

Monthly loan payments for participants in the repayment program will be capped at 10% of their discretionary income. Any loan balance remaining after 20 years of payments will be forgiven, if the students have only undergraduate loans. If they borrowed money for graduate school, the forgiveness comes after 25 years.

Suzanne Martindale, a lawyer for Consumers Union who participated in the negotiations on rules for the new plan, said that many consumer advocates preferred a 20-year forgiveness period for all borrowers, but that adding five years for graduate borrowers was a compromise because of the Education Department‘s concern over the impact on its budget.

LeBron James Pays for â€œHis Kidsâ€ to Go to College