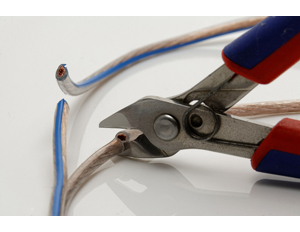 A new report from the Pew Research Center shows that the number of African Americans with high-speed broadband Internet at home has dropped in the last two years.

[Related: How to Bump Up Your Internet Speed]

Two years ago, 62% of African Americans reported having broadband Internet at home. That number has dropped to 54%.

Economics and smartphone use are two main contributing factors. Homes with income levels from $20,000 to $75,000 per year were dropping high-speed Internet service at consistent rates, but households with lower incomes were more likely to move to mobile-only Internet access.

People with children were more likely to have smartphone-only Internet homes. While “cord-cuttingâ€–that is, people leaving traditional cable TV service for Internet and mobile content, is increasing, having only cellular-Internet versus high-speed broadband poses some challenges. Those relying on smartphone Internet are often faced with data cap limits and expensive over-usage charges. Ironically, the cost of high-speed broadband is why many report unsubscribing from the service.

Also, the lack of high-speed Internet poses issues when people are job-searching, accessing health information, or other key data, according to the Pew report.

“Today two-thirds (65%) of non-adopters say that lacking home broadband service is a major disadvantage in at least one of these areas, compared with just under half (48%) who said so in 2010,â€ Pew said.

The report also found that a significant number of homes without broadband Internet service did not have the service in the past and few plan on subscribing.