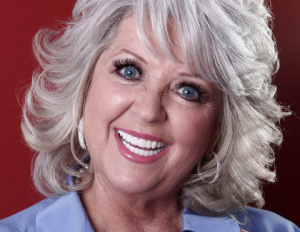 Don’t call it a comeback. Call it a recipe for damage control.

Through her new company, Paula Deen Ventures, Paula Deen has announced plans to create the Paula Deen Network. The paid subscription-based network is scheduled to launch in September and expected to be accessible by computer, smartphone or tablet.

The digital network will feature daily programming in an unscripted format with new recipes, episodes, and cooking tools.

In a news release Deen said, “Y’all can get my recipes, tips and cooking anytime you want – this is for you. I can’t wait to crank up the oven and get cooking for the people I love: my family, my friends and my fans!”

The subscription fee has not been announced, but Deen has more than a million followers on Twitter.

According to the LaTimes, “Deen’s comeback gained steam after her company, Paula Deen Ventures, received a multimillion dollar investment in February from Najafi Media, an affiliate of Najafi Cos., a private investment firm with stakes in the Phoenix Suns basketball team and other companies.”

Her big announcement Wednesday comes about a year after a sworn statement by Deen that she had used racial slurs in the past became public. The Food Network and other corporate sponsors dropped Deen as part of the backlash.

Her offending comments surfaced during a court deposition in a lawsuit by a former employee making harassment and discrimination claims against Deen and her brother, Bubba Hiers. That suit was settled last August, but the fallout tarnished Deen’s once pristine record.

Despite repeatedly apologizing, her admission to using the N-Word shattered her business empire, with several companies cutting ties with the accomplished chef and successful entrepreneur.

Walmart, Home Depot, Sears and Target all severed their relationships with her.

Production for the network began last month at a new studio in Savannah designed to look like the set of her first television show, “Paula’s Home Cooking.” The set was built to accommodate a live studio audience, and guest appearances are planned.

The announcement of the digital network is the latest step in a comeback strategy Deen kicked off in February. Investors are spending millions as she continues the process of rebooting her public career.

Deen is reportedly on a cross-country tour with her 90-minute “Paula Deen Live!” show that features a mix of cooking demonstrations, games with audience members and personal stories.