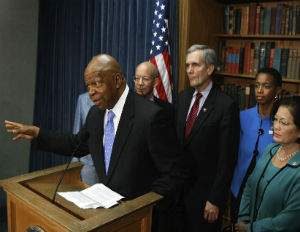 According to a statement from the DNC, the committee is “responsible for developing and managing the process through which the Democratic Party’s National Platform is established.”

“The Democratic Party has always fought to create a better life for all Americans,” Rep. Elijah Cummings said in a statement. “We will be going to unprecedented lengths to ensure that the drafting of our party’s platform is the most inclusive, open and representative process in the long history of our two major parties.”

Cummings’ position asÂ chair means he will likely find himself moderating policy disputes between Sanders’ and Clinton’s supporters on the committee.

Cummings endorsed Clinton this past April, and has been a reliable ally to the former Secretary of State throughout the Benghazi hearings. As the highest-ranking Democrat on the House Select Committee of Benghazi, Cummings has been extremely vocal regarding his disdain for the never-ending hearings, calling them a “taxpayer-funded fishing expedition.”

Maya Harris, Clinton’s senior policy adviser, is also on the committee. Harris will represent the Clinton campaign as a non-voting member.

Eric Holder to Join Board of NAACP Legal Defense Fund 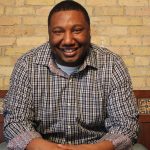