Religious Beliefs and Gay Rights at Center of Court Case 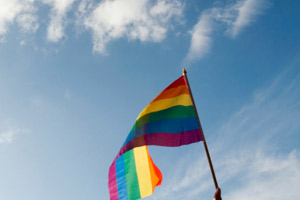 The Colorado Court of Appeals is hearing oral arguments in a discrimination case brought by a same-sex couple against a cake shop that refused to sell them a cake for their wedding reception. The owner argues his religious beliefs should protect him from sanctions against his business.

In 2012, Colorado residents David Mullins and Charlie Craig visited Masterpiece Cakeshop to order a wedding cake.Â Mullins and Craig planned to marry in Massachusetts and then celebrate with family and friends back home. Masterpiece owner Jack Phillips informed the couple that, because of his religious beliefs, it was his standard business practice to refuse to provide cakes to customers for same-sex weddings. Phillips reportedly had turned away several other couples for the same reason.

Phillips argues he has no problem serving gay people at his store, but he says that making a wedding cake for a same-sex wedding would violate his Christian beliefs, as it relates to marriage. “We would close down the bakery before we would complicate our beliefs,” Phillips said last year, according to CBS Denver.

“As marriage equality becomes law all across the nation, it’s especially disheartening that we’re still fighting this battle where businesses like Masterpiece Cakeshop feel they can violate the law and discriminate against us just because of who we are and who we love,â€ Mullins said in a statement. His partner Craig added, “It’s time we moved on from using religion as an excuse to discriminate. No one should be told they are less than anyone else, especially at a joyous time like a wedding.â€

Colorado’s Anti-Discrimination Act prohibits businesses, such as Masterpiece Cakeshop, from refusing service based on factors including race, sex, national origin, or sexual orientation. The American Civil Liberties Union and the ACLU of Colorado filed suit on behalf of Mullins and Craig in 2013. In December 2013, an administrative judge ruled that the bakery had illegally discriminated against the couple. In 2014, the Colorado Civil Rights Commission affirmed that ruling. Masterpiece Cakeshop appealed.

But even before the U.S. Supreme Court ruling on same-sex marriage, the conflict between religion and LGBT rights was heated. In Washington State, a florist has been fighting a lawsuit against her for refusing to provide services for a gay wedding in 2013. Additionally, two years ago, the New Mexico Supreme Court ruled that a photographer who wouldn’t take pictures of a gay couple’s 2006 commitment ceremony violated the state’s discrimination law. Just last week, the Bureau of Labor and Industries ruled that owners of a Portland-area bakery that declined to make a wedding cake for a gay couple two years ago must pay $135,000 in damages for their emotional suffering.

A Family’s Story: In Search of an African American Bone Marrow Donor