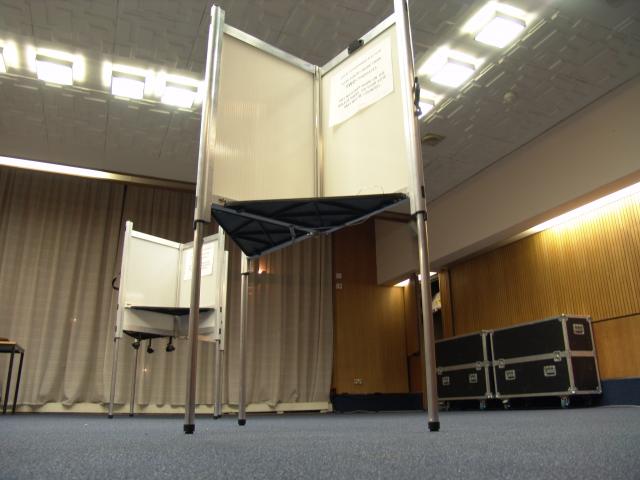 If only hanging chads were the country’s biggest headache this election year. Instead, voting irregularities in 2008 are taking the form of faulty voting machines, confusing ballots, hours-long waits in line, missing absentee ballots, and unfiled voter registration forms.

Long lines were the most exasperating problem affecting early voters for this election. States that allowed early voting saw record waiting times, some lasting more than five hours. Many states instituted early voting as a solution to long lines on Election Day, only to find that lines before Election Day can be just as worrisome.

With 10 million extra voters descending on polls this year compared to 2004, early voting seemed like a plausible remedy to the long lines. However, voters who can’t physically stand for long periods of time, who need to return to work, or to care for a small child or elderly relative are still finding that voting is a huge inconvenience.

These long lines can be a result of faulty voting machines; a problem that still plagues some states four years after the voting machine debacle of 2004 that left some predominantly democratic areas in Ohio with only one working machine for thousands of voters.

This time around, instead of just breaking down, machines are also flipping votes. For example, in West Virginia’s Jackson County, voters are reporting that voting machines are recording the wrong vote.

Workers who tested voting machines in Santa Fe County, New Mexico, found that the vote for president was not being logged. Election officials said that real voters never used the machines and attributed the problems to screen calibration issues, which once calibrated disappeared.

Experts are predicting that voter turnout will be higher this year than the 2004 turnout and it may be the highest turnout since 1960, reported the Associated Press on Friday. A higher voter turnout means that these isolated problems might be much more widespread on Election Day. More than 29 million people in 30 states have already voted, according to partial state and county data provided to the Associated Press.

In an effort to get a handle on all of the voting irregularities and help voters who are confused about their registration status on Election Day the Election Protection Coalition created a “Hot Map” at www.OurVoteLive.org. The site collects, analyzes, and projects data from call centers across the country onto this live map, which provides detail about the location and nature of problem calls. In addition to the thousands of calls they’ve already been receiving on a daily basis, the organization expects over 200,000 voter requests for information and assistance on Election Day.

As of Election Day eve, almost 5,500 problems across the country have been reported to the Web site. Some of the more recent ones feature newly posted reports that Indiana voters have been turned away as voting centers are closing at noon, robo calls or automated calls were made in Pittsburgh, Pennsylvania, deceptively informing voters to vote on Nov.