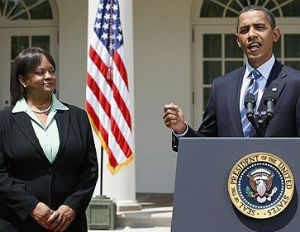 U.S. Surgeon General Regina Benjamin says she plans to step down next month after four years in her position in the Obama administration.

In an email to staff, Benjamin said she will remain involved in public health.

Benjamin is a native of Alabama and founded a rural health clinic there, which she kept going although it was wiped out three times by fire and hurricanes. She plans to volunteer seeing patients at the clinic after she steps down.