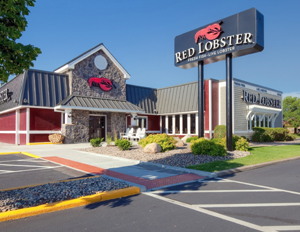 The reset is part of the brand’s overall restructuring, which features its “Sea Food Differently” advertising campaign. Other changes include broad restaurant remodeling, the introduction of wood-fire grills, and an expansion of the restaurant’s popular “Today’s Fresh Fish menu.”

The restaurant’s 4-Course Feast has been added to the menu permanently. It allows guests to choose a soup, a salad, one of nine entrees and a dessert, with unlimited Cheddar Bay Biscuits for $15.99Â (which may vary by location, the restaurant said).

Nearly 60 percent of the dishes on Red Lobster’s new menu are underÂ $15, a 20 percent increase from the previous menu.

Darden Restaurants came under fire last week when it announced plans to reduce the hours of some of its workforce from 40 hours to 28*. Critics accused the company of hiring more part-timers to offset the costs of Obamacare, which take effect next year.

Read more about the changes here.

*In an email to Black Enterprise, a Darden spokesman said no one’s hours had actually been reduced, and that the company was only “conducting a test.” No final decisions have been made, he added.